anzen is a server-client architecture private cloud application written in java and php. it is still in development and not yet released. primary aim was data security, integrity and privacy through encryption. it will, in contrast to other well-known cloud systems like dropbox or owncloud, support strong end-to-end encryption. the api is based on service-oriented architecture (SOA), communicating over soap protocol, utilizing MTOM to send soap attachements efficiently. a prototype of the server backend is implemented in php because of wide availability for end users, but a high-performance version could be using java EE inside a containter (eg tomcat). by now encrypted syncing is working with symmetrical AES encryption, therefore sharing of files is not yet implemented. to protect metadata, metadata is also encrypted separately from the attachement and decrypted on the server side. file-sharing will be implemented with others by using the application with asymmetric private/public pair certificate encryption, and additionally by sharing an unencrypted file over an internet link. naturally, frontend user interface is very simple. 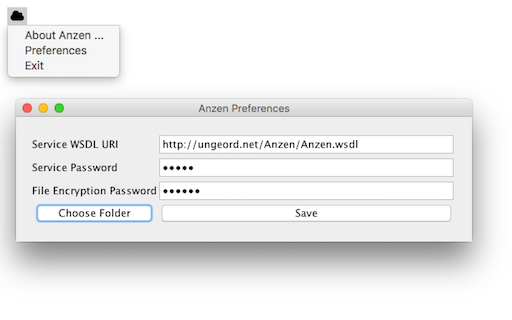 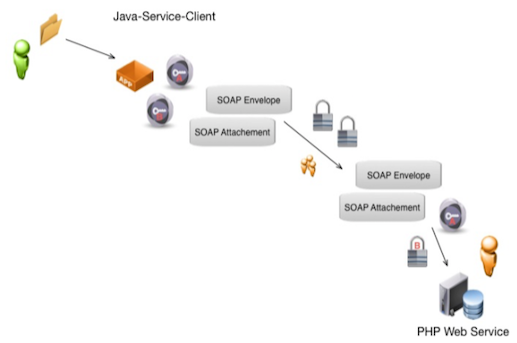 anzen schematic drawing: anzen client encrypts the soap envelope separately from the attachement, which will be sent using mtom